OK. First question – In relation to the secondary regional locator the M or the W for wales. I have been unable to find the answer as to why these were used and I think you will struggle to find someone who knows the actual answer. Lots of theory are around as for why M or W etc was selected but the origins of the purpose for the regional identifiers is unknown. It is safe to assume that the earlier amateurs were looking for more accurate transmission locations and asked the GPO for another locator. Northern Ireland was always GI even when Scotland and Wales used G-6NX example. The reason for this was G (Great Britain) I – Ireland this was to ensure it was separate from E (Eire) I (Ireland). So having a regional locator was not a new thing. Looking at articles from the earlier 1930’s it makes clear mention that GM was Scotland and GW was wales as if the amateurs from these countries wanted to stand out from England, where the full of Great Britain (even to this day) was known as “England”. GC was channel isles (included al channel isles) MD was used in Africa and some other foreign countries that Britain had a hand in. Of course GC is now a club in wales and MD is the Isle of Man 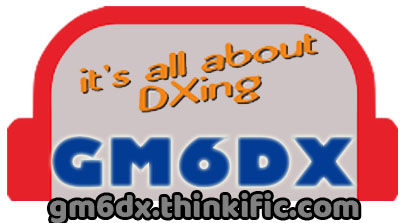